A SYNOPSIS OF BUDDY POPPY

The Veterans of Foreign Wars of the United States was the first veteran organization to promote a nationally organized campaign for the annual distribution of Poppies assembled by disabled and needy veterans. The Poppy movement was inspired by the poem, "In Flanders Fields” written by Colonel John McCrae of the Canadian forces before the United States entered World War I. The VFW conducted a Poppy campaign prior to Memorial Day 1922, using only Poppies that were made in France.
It was during the 1923 campaign that the VFW evolved the idea which resulted in the VFW Buddy Poppy fashioned by disabled and needy veterans who were paid for their work as a practical means of providing assistance for these comrades. Immediately thereafter the VFW Buddy Poppy Factory was established in Pittsburgh, Pennsylvania, where all VFW Buddy Poppies for the 1924 campaign were assembled by disabled veterans.
In February 1924, the VFW registered the name "Buddy Poppy” with the United States Patent Office, and a certificate was issued on May 20, 1924, granting the VFW all trademark rights in the name of "Buddy” under the classification of artificial flowers. The VFW has made that trademark a guarantee that all Poppies bearing that name and the VFW label are genuine products of the work of disabled and needy veterans. No other organization, firm or individual can make legal use of the name "Buddy Poppy”. It has been noted that all Presidents since Warren G. Harding (1921-1923) have conveyed to the nation at large, endorsement and recognition of the VFW effort.
Today, VFW Buddy Poppies are assembled by disabled, needy and aging veterans in VA Hospitals, State Veterans Homes across the country. The majority of proceeds derived from each campaign conducted by VFW Posts and their Auxiliaries are retained locally to provide for veteran services and welfare. Buddy Poppy proceeds represent no profit to any VFW unit. All money contributed by the public for Buddy Poppies is used in the cause of veterans welfare, or for the well being of their needy dependents and the orphans of veterans.

When VFW Posts acquire Poppies, they are helping our disabled and needy veterans make Poppies and when the Posts distribute these Poppies to the public for donations; Recognition and Appreciation is noted for their displaying of the flower. All money received is used in the Post’s Relief Work. All Posts should acquire extra Poppies that will not be distributed to the public so they can participate in our annual Buddy Poppy Display Contest.
-

POPPY DISPLAY CONTEST GENERAL RULES
1. The rules governing the poppy displays for the 2018-2019 year will be in accordance with the national poppy display contest. All entrants will comply with these rules. All Districts are requested to follow these rules as closely as possible when holding your display judging.

RULES
CATEGORY 1 - Public promotion of poppy sales: (Window, booth, parade, or poster displays, sales promotion, etc.)
A. Displays must be designed for public exposure and must bear a message urging the buying and wearing of the VFW Buddy Poppy.
B. At least one (1) of the poppies used in the display must be in their original form and color, with labels attached.

CATEGORY 2 - Memorial or inspirational displays: (wreaths, memorial tablets or plaques, patriotic or devotional themes.)
A. Displays must be designed to honor the dead, to inspire devotion to God and country, or to dramatize the activities supported by the Buddy Poppy Program.
B. At least one (1) of the poppies used in the display must be in their original form and color, with labels attached.

CATEGORY 3 - Artistic or decorative use of poppies: (Post home displays, table centerpieces, corsages, pictures, plaques, models, scenes, hats, novelty pieces, etc.)
A. Display not meeting the qualifications for categories 1 or 2 shall automatically be entered in Category 3.
B. Complete freedom shall be permitted in the use of poppies, poppy parts or poppy labels, and in the use of dyes or paints in achieving the desired artistic effect.
C. At least one (1) of the poppies used in the display must be in their original form and color, with labels attached.

2. The scoring of the displays will be in accordance with the national rules. Originality - 25 points; Composition - 25 points; Neatness - 25 points; Poppy Story - 25 points; for a total of 100 points maximum. The Originality, Composition, and Neatness are self-explanatory, with the Poppy Story as outlined in the Buddy Poppy Story.
3. Awards - There will be a First and Second Place Plaque awarded in each Division. Category One (1) must have been on display at least three days.
4. A report of District judging must be sent to the Department Buddy Poppy Display Director prior to the Department Convention. Any display not accepted at District level, or not entered in District judging, will be ineligible for State judging.
5. All Displays entered and accepted at District level will be accepted for Department judging during the Department Convention.
6. Forms for judging and reporting results will be passed out to the District Commanders at the February Council of Administration Meeting, to be forwarded to each District Chairman.
7. Poppies to be used in display contests are to be ordered from VFW Department Headquarters, P.O. Box 13206, Springfield, Illinois 62791-3206.
ALL DISTRICT CONTESTS SHOULD BE COMPLETED BY MEMORIAL DAY!!
The Districts will award prizes to their winners at their discretion. Each District entry will be allowed to enter in the Department Contest, in each of the three categories. However, they must remain in the category and division as entered in the District judging.

Who may enter the contest? Any person or group of persons (except professional display builders.) The display must be entered by Post or Auxiliary.
All previous District or Department entries are ineligible for this contest.

A. Originality - Your own thoughts, ideas, notion, lighting, or sound in setting up a display.
Categories 1-2-3

C. Composition - The manner in which display is composed, and use of Buddy Poppies for effect.
Categories 1-2

D. Poppy Story - Ability to display to sell and induce the public to buy and wear poppy; tells the story of the Buddy Poppy, its use of Poppy funds, by use of words, pictures or use of toys.
NOTE- No Poppy story included in category 3.
Judging-Point System - Categories 1 and 2 can earn up to 25 points in each of the above for a top score of 100 points. Category 3, which isn’t judged with a poppy story can earn up to 25 points in the other categories for a top score of 75 points.
All ties will be broken by largest Buddy Poppy count. 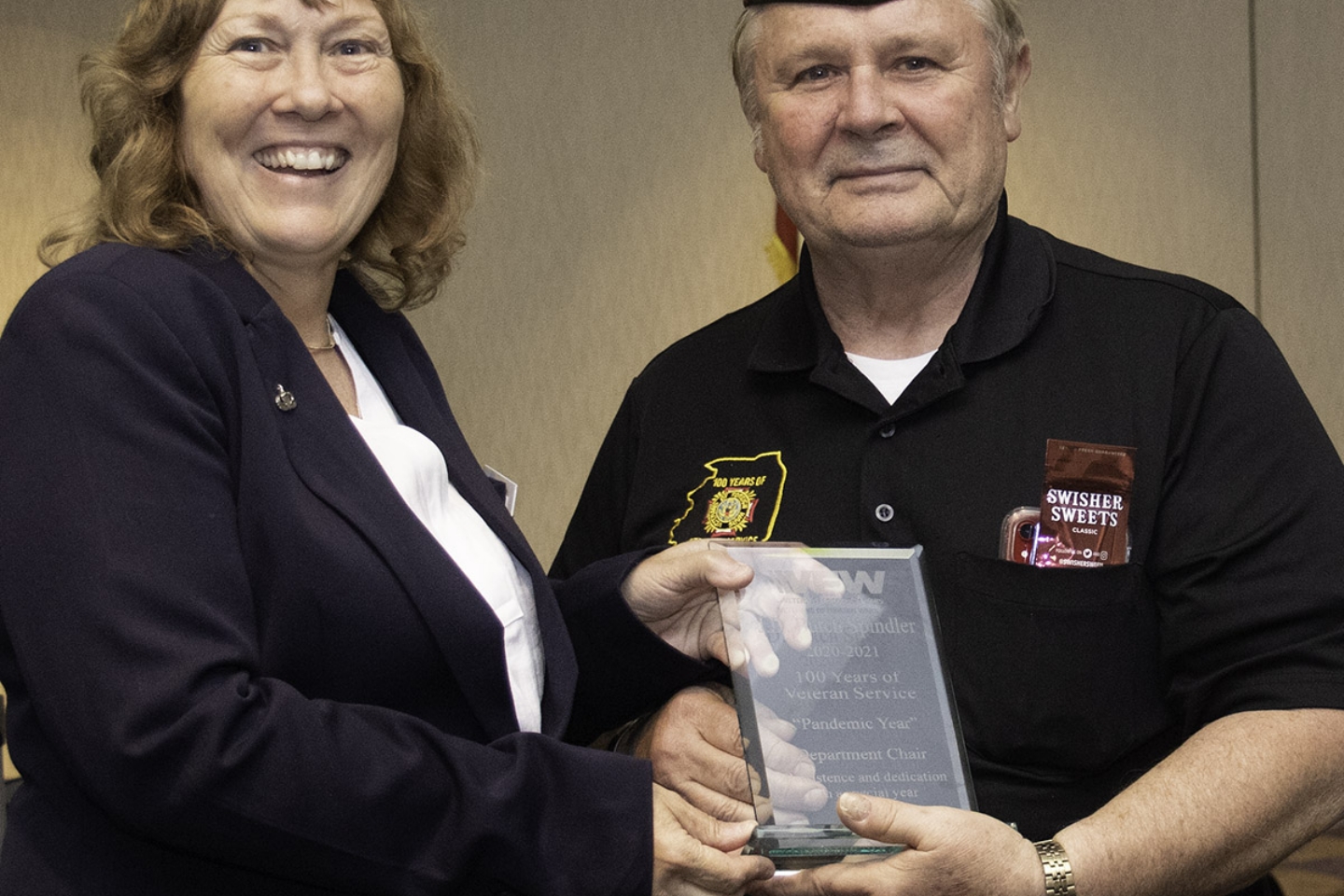 WHAT OTHERS ARE SAYING

All great change in America begins at the dinner table.

If a man is proud of his wealth, he should not be praised until it is known how he employs it.

"What wisdom can you find greater than kindness.”

Thank you to the following who support our Veterans. Click on the logo(s) below for more information.